WrestleRant, formerly known as Next Era Wrestling, was launched in November 2010 and originally existed as an e-fed from May 2008 through April 2012. In May 2011, WrestleRant began featuring weekly wrestling reviews in the Columnist Corner, along with pieces provided by special guest contributors.

The Week in Review column recaps the full week in WWE and has been a weekly fixture on the site since November 2012. The Photos section was also added to the site soon after. WrestleRant Radio became the first audio show to be exclusive to WrestleRant starting in October 2013.

In 2020, Next Era Wrestling (nexterawrestling.net) was rechristened as WrestleRant (wrestlerant.com) in honor of the its momentous 10-year anniversary. The website's audience has grown exponentially over the years with more than a dozen original articles going up each week.

WrestleRant started out as a small, unknown e-fed and has evolved into the ultimate destination for all things professional wrestling. We thank everyone who has helped build the brand of WrestleRant since its start in 2010 and will support it in the years ahead. 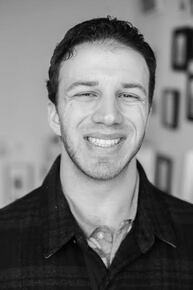 Graham Mirmina, a.k.a. Graham "GSM" Matthews, is the founder and owner of WrestleRant.

Equipped with a master's in journalism, the Endicott College and Quinnipiac University alum has specialized in sports and entertaining writing since 2010 and has contributed work to Bleacher Report, WhatCulture, Daily DDT, Sports Betting Dime, and GateHouse Media.

​​Along the way, he has conducted interviews with wrestling superstars such as Chris Jericho, Edge, Goldberg, Christian, Jim Ross, Dolph Ziggler, Bayley, Braun Strowman, Matt Riddle, and Adam Cole among others.